This is about the “National Deputy Dr. Juan Bautista Alberdi Honorable Mention,” which will soon be presented to the Institute of Applied Molecular and Cellular Medicine (IMMCA), based in Tucumán. 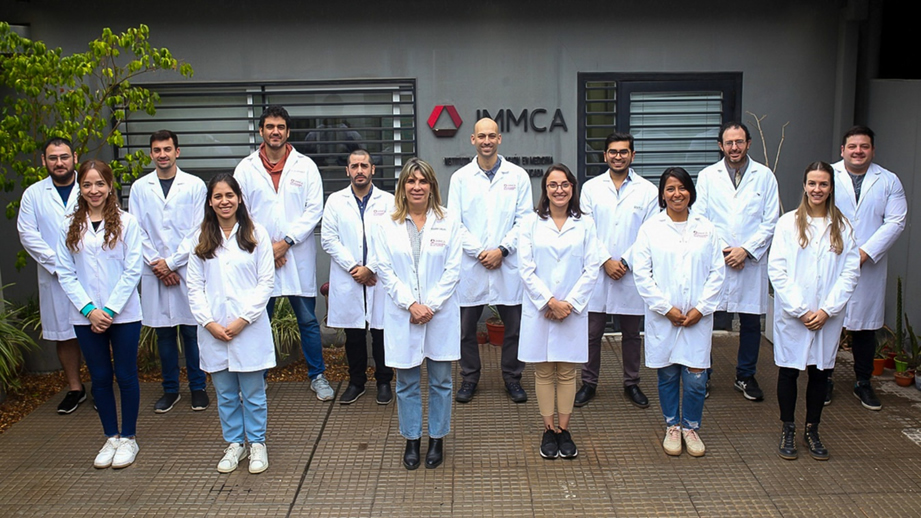 During the month of November, the Lower Chamber of Deputies of the Nation will award the Institute of Applied Molecular and Cellular Medicine (IMMCA, CONICET-UNT-SIPROSA) with its highest award. It is the National Deputy Dr. Juan Bautista Alberdi Honorable Mention, an award that the organization grants to those people and/or legal entities who stand out for their cultural, scientific, political, or humanistic actions, or for contributions that enhance democratic and republican values.

This is the case of the IMMCA, a triple dependency institute from the province of Tucumán that carries out research with cell cultures and protein production for the study of neurodegenerative diseases such as Parkinson’s and Alzheimer’s, with significant advances and results in the field. However, during the pandemic, in addition to performing daily lines of work, the institute focused its efforts on scientific activities on diagnosing and treating COVID-19.
“In our laboratory, we are proud that the Chamber has allowed the country to draw attention to the enormous, ‘silent’ effort that our entire group of researchers and scholars has been making for years,” says the director of the distinguished institute, Rosana Chehín, in reference to the research regarding some of these disorders that cause cognitive disorders. And she affirms that this effort was always accompanied by scientists who, living abroad, never forgot the place where they were trained, and who day-by-day share the frustrations and successes of the group. She mentions, “at this point, it is worth highlighting the enormous importance of Rita Raisman-Vozari, a renowned scientist from Tucumán, who has worked at the Paris Brain and Spinal Cord Institute, in the catalysis of all our projects”.

Likewise, the researcher affirms that the capabilities and know-how that the IMMCA currently has, in addition to enabling national and international projects and collaborations to combat these pathologies, made it possible for them to “quickly” develop a diagnostic kit, created locally, to measure levels of anti-COVID-19 antibodies, “which in periods of scarcity of inputs and supplies allowed us to support our health system to learn about the population’s immune response post-infection and post-vaccination.” In fact, and to understand the relevance of the above-mentioned, it was the research group, also made up of members of the Reference Center for Lactobacilli (CERELA, CONICET), who created and published the first results in the world on the persistence of humoral immune response post-vaccination with SPUTNIK.
In this sense, she also highlights the work carried out by the Tucumán Ministry of Public Health who, with the consent and contribution of their former minister and current national deputy, Rossana Chahla, coordinated actions to forge a network that would allow this kit to be validated and applied in population studies during the health emergency. “Our future challenges are enormous, since the entire work group understood the importance of bringing our knowledge and the available technology closer to the health system,” adds Chehín. She affirms that this link will allow the scholars who worked on this development, “to have a different understanding of science and technology as a tool to generate services for the community”.

For his part, Diego Ploper, also an IMMCA researcher, adds two issues that he considers important to highlight: the first is about the process of setting up collaborative networks that allow different studies to be “amplified” and optimized. Such is the case of the interaction with SIPROSA (Tucumán Provincial Health System), in which the Public Health Laboratory, CERELA, ANLIS-MALBRAN, the UNT Faculty of Medicine, and different local hospitals also participated. But for others who lead, in conjunction with the Tucumán Agronomy Department, the Higher Institute of Biological Research (INSIBIO, CONICET-UNT), and Harvard and Boston universities, among others, and who emerged during the context of pandemic: “those are the things that really remain”, he asserts.

And, lastly, he emphasizes that despite being far away, using Buenos Aires as a reference point, with hard work and “help” from institutions, along with the related capabilities, equipment, and human resources, things can be done and achieved.